The culture and lifestyle of the Khmer are also highlighted.

The book includes many photos featuring paintings on walls in local Khmer pagodas. 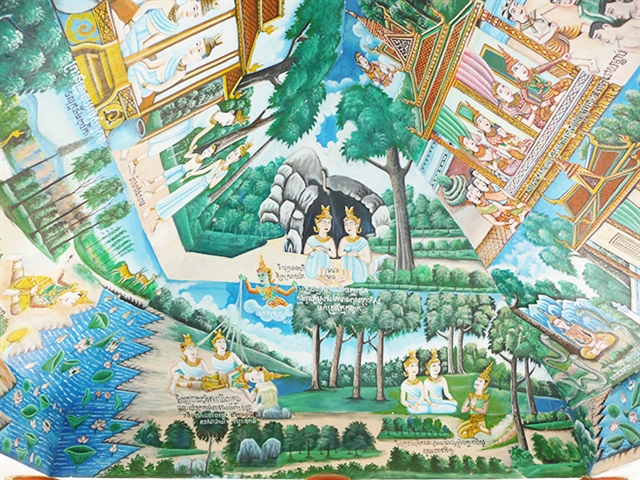 Writer Bình spent more than 10 years to research, collect, write and capture photos to perfect her book. She visited more than 300 pagodas in the Mekong Delta region to learn about paintings on walls and ceilings. She also met and talked with local religious dignitaries, elderly and artisans.

“I love learning about Buddhist art. I love the paintings on walls in Khmer pagodas. They are very unique, lively and persuasive, representing a southern lifestyle,” said Bình, one of the country’s very few female culture researchers in the art.

“Khmer murals should be preserved and expanded to the world.”

“Through my book, I hope to introduce a taste of ethnic Khmer murals to readers, including Khmer youth who should improve their knowledge about their traditional culture and arts,” said the 35-year-old. 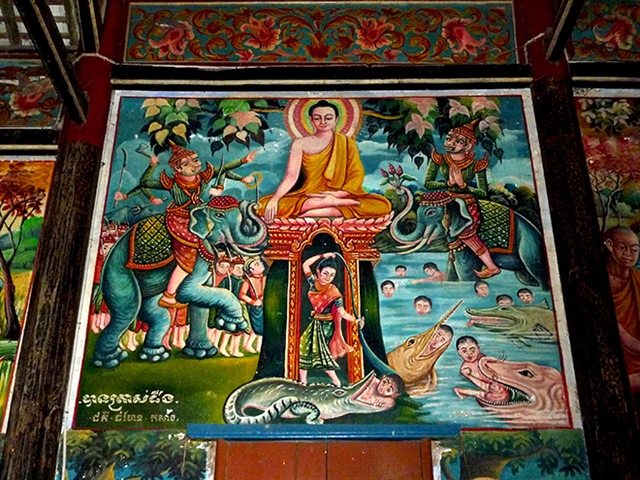 Tranh Tường Khmer Nam Bộ is among several books on the southern people and their culture by Bình since her first book, Tranh Kiếng Nam Bộ (Glass Painting by Southern People), was released in 2013.

A glass painting can be stored for 20 years without losing its vibrancy. Artisans have their own secrets to mixing paints to keep the colour.
(VNS)