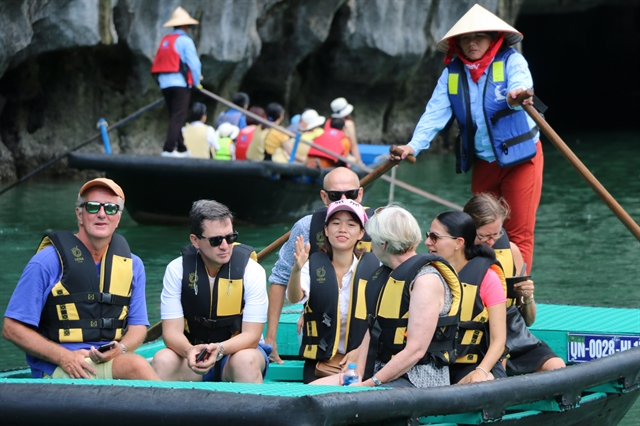 “Tourism promotion activities play a crucial role in boosting the development of the industry,” said Đinh Ngọc Đức, director of the Tourism Market Department under the VNAT.

In the first six months of the year, the number of international tourist arrivals was on the rise, showing the success of promotion efforts.

“We promoted the right products, chose the right markets and had good workers on the job,” Đức said.

“However, we admit that more can be done to boost the industry and we are not yet in line with other countries in the region because of a lack of professionalism and budget."

Đức said he expected the conference, titled "Promoting Tourism: Breaking-through Needed", would come up with suggestions to more effective promote Việt Nam as a tourist destination.

“In the era of technology and social networks, we shouldn’t follow the old ways,” said Đạt. “Instead of organising costly roadshows to promote tourism, we use Facebook, Google and Key Opinion Leaders (KOLs), depending on different markets.”

“The fact is that promoting tourism through the emotional and truthful stories of KOLs and celebrities is very effective and attractive to the public.”

Đức agreed, saying: “we are not standing outside the trend of smart devices and technology”.

“Actually, VNAT has used Tik Tok, a media application for creating and sharing short videos,” said Đức. “We have produced 15,000 clips focusing on Vietnamese tourism. In August, we will continue to produce video clips to introduce destinations in the northern province of Ninh Bình. Vietnamese gastronomy will be a focus at the end of this year."

Đức also revealed the e-marketing strategy focused on building up the new website www.vietnam.travel.com to provide more information for tourists.

Hoàng Nhân Chính, director of the Travel Advisory Board (TAB), delivered some solutions including increasing the budget for promotion, improving the e-visa policy and focusing on the quality of tourists, not only quantity.

“I mean we should have particular policies to attract specific groups of tourists," Chính said. "We don’t just target attracting more and more tourists but also try to make them spend more to increase the income for the tourism industry.”

Chính revealed that TAB has many sponsors including Vingroup, Sun Group, Saigontourist, Hanoitourist and Vietnam Airlines, who have promised to fund promotion activities until 2021.

Việt Nam continues to be an attractive destination for international tourists with the number of international visitors continuously reaching over 1 million people per month since the beginning of 2019, according to the statistics from the Việt Nam Administration of Tourism.