The HCM City's Department of Culture and Sports Department in collaboration with the Trần Hữu Trang Cải Lương Theatre is offering free traditional performances targeted to young people this month.

The department has spent VNĐ480 million (US$20,700) on producing free hát bội or tuồng (classical drama) and cải lương (reformed opera) performances as part of the city’s efforts to attract younger audiences. 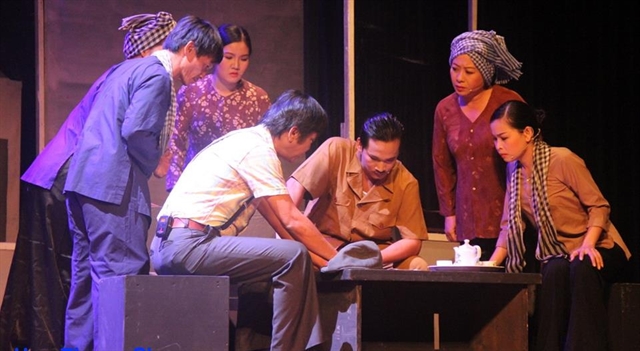 “Our new shows will target young audiences. We want to encourage audiences to learn more about Vietnamese history and culture through theatre,” he said. "We will offer free shows at weekends at our theatre and cultural houses for rural residents in districts 1, 3, 5, 8, Phú Nhuận and Bình Thạnh."

The theatre began to hire staff and investment for these special shows early this year.

They stage twice a month on weekends.

Each 60-minute show of the programme offered three extracts from historical plays by famous authors such as Đào Tấn, Tống Phước Phổ and Nguyễn Hiền Dĩnh.

“Our actors are young, but their performances left a very strong impression on foreign audiences,” said Phi, who has more than 45 years of experience in the art.

The first show of the department’s new free theatre programme for young people will be staged on August 3 at Trần Hữu Trang Cải Lương Theatre on 515-517 Trần Hưng Đạo Street in District 1.