From the first whistle it was all Vietnam pushing the opposition from the get-go. 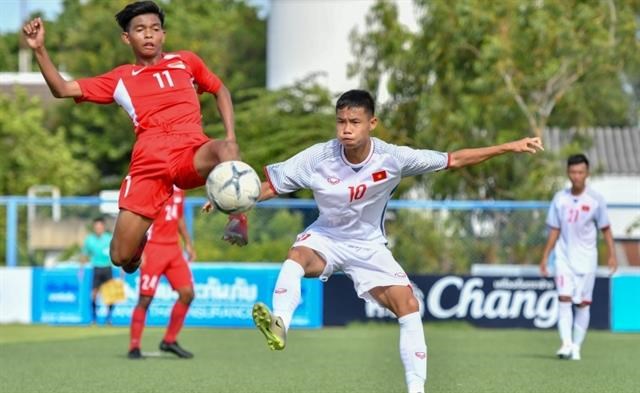 Vietnamese midfielder Do Van Chi (right) competing in a match between Vietnam and Singapore. He scored a goal in Vietnam's 3-0 win over Myanmar on August 2. — (Photo: aseanfootball.org)
After just two minutes Cai Van Quy opened the scoring reacting first to a loose ball in the penalty area.

As the first half went on, Vietnam should have increased their advantage but disappointed in the final third.

It wasn’t until four minutes after the break Do Van Chi made it 2-0. He finished after playing a neat one-two with a teammate.

Five minutes before the final whistle Vo Anh Quan put the icing on the cake finding the back of the net from the narrowest of angles.

After four matches, Vietnam have won three with nine points. They will play East Timor on August 4 with the winner earning a place in the semi-finals.