In a year where the Olympics and Euros were postponed and sport impacted by the COVID-19 pandemic around the globe, Vietnamese athletes still managed to strut their stuff.

Việt Nam News looks at the most 10 remarkable sports stories of the year.

Despite having to delay the start of the season and postpone play twice due to the pandemic, the V.League 1 season was completed, with some alterations to the schedule.

Notably, Viettel dethroned champions Hà Nội FC to win the league just two years after being promoted. The title was the club formerly known as Thể Công's first in 22 years. 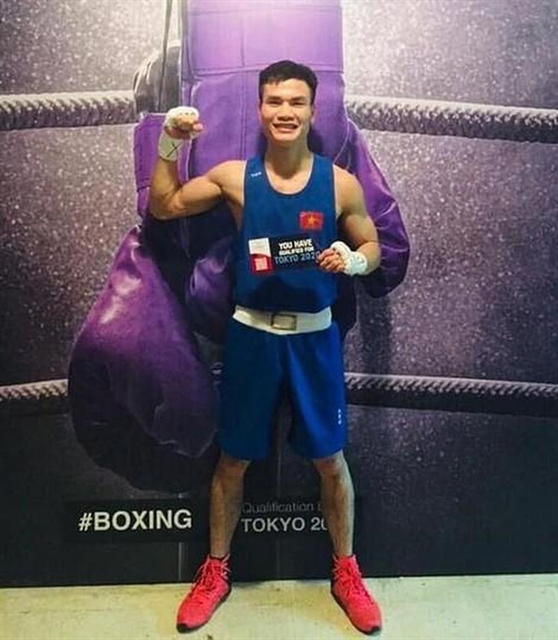 Đương won his berth after defeating Chatchai Decha Butdee of Thailand in the quarter-final match of the Asia/Oceania Olympic boxing qualifying tournament in Amman, Jordan in March.

This is the second time in history a Vietnamese boxer will participate in the Olympics after Đặng Hiếu Hiền fought in the 1988 Olympics in Seoul.

Ha Noi was set to host the country's first Formula 1 race in April and the event was initially postponed due to the COVID-19 pandemic, before later being cancelled altogether.

Two months after the postponement, there were plans to host the race in November, but they never came to fruition. The success for the southern side was the ninth time they have triumphed in the national tournament.

However, the tournament also saw some ugly moments, including when Phong Phú Hà Nam quit a match to protest a refereeing decision. The team’s head coach Nguyễn Thế Cường was banned from football activities organised by the VFF for five years.

7. Nguyễn Đạt runs a marathon on the rooftop of an apartment building

Because of the COVID-19 pandemic, Đạt was one of the thousands of runners to miss out on their fix, but nothing can beat his passion for the sport.

On April 4, he completed a marathon in a time of 6 hours 22 minutes 11 seconds on the rooftop of an apartment building in Hà Nội with a track only 25m long.

Due to the pandemic, the Việt Nam Basketball Association (VBA) 2020 season like no other before it. Just like NBA "bubble" in the US, this year all seven teams of VBA stayed in HCM City and played in one stadium.

It was a huge challenge for the organisers and teams, but the season was completed successfully. This year also made history as the Saigon Heat became the first team in the league's history to successfully defend the championship.

Along with the V.League 1, the Futsal HDBank National Championship and the National Futsal Cup ended successfully with stands full of spectators and many dramatic, unexpected matches. Thái Sơn Nam had a wonderful season winning both titles. The organisers also supported people in areas damaged by floods and storms.

The international marathon and off-road bicycle competition is held annually in Đà Lạt City. This year, the tournament event more than 6,200 athletes. However, the fourth edition was cancelled after an athlete died due to extreme weather conditions.
(VNS)